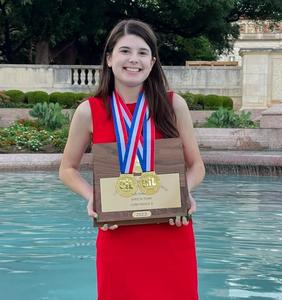 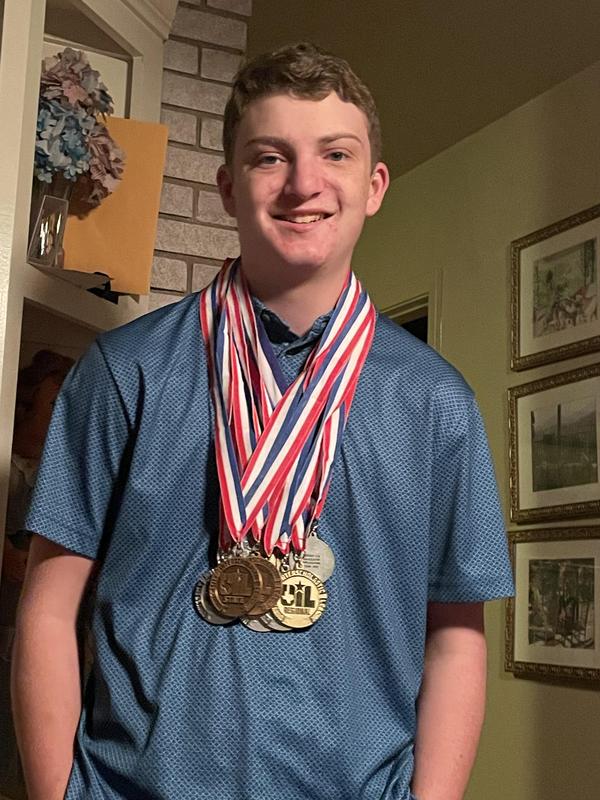 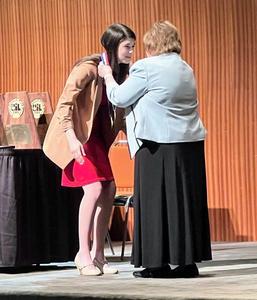 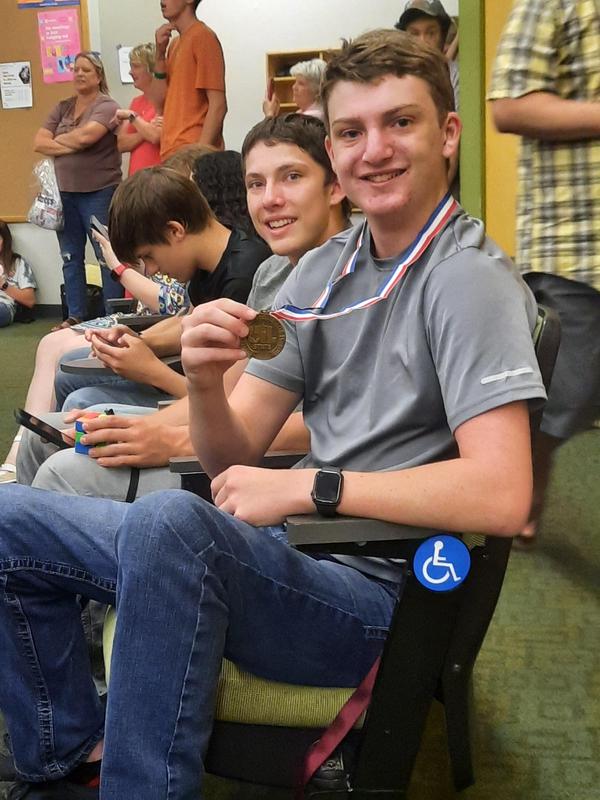 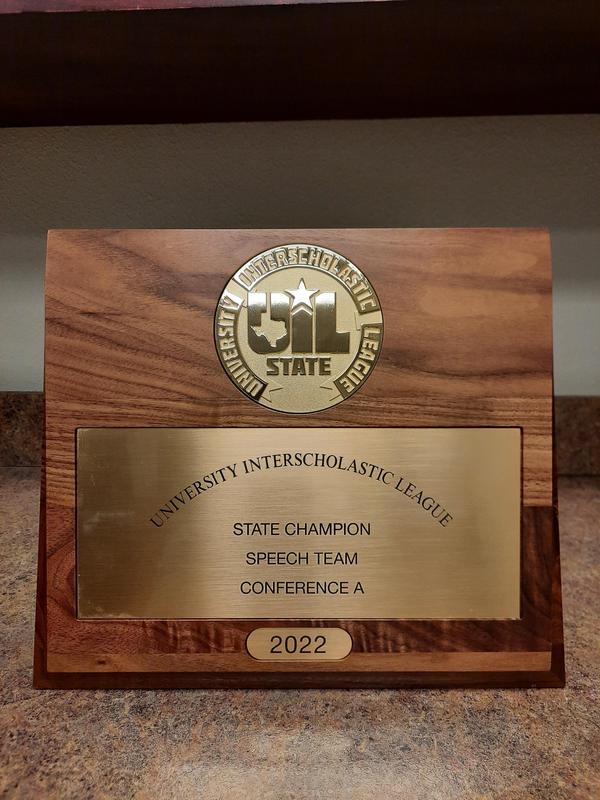 Samuel has two medals and Cadi three!
Blackwell Class 1 A State Champion Speech Team from Cadi's points.
Click for details
Samuel Ottaberry placed 5th in the state of Texas in Mathematics and 6th in Number Sense.  Samuel obviously has a talent for numbers.  With that said, results placing him in the top small handful of the state are the result of years of steady effort and focus.  He earned this with work ethic.
Cadi Powers is State Champion Informative Speaker and State Champion Lincoln Douglas Debate!  Those points combined with her earlier Student Congress (congressional debate) State Runner Up and Outstanding Presiding Officer (speaker of the house) earned Blackwell HS the State Team Speech Championship.  What an unbelievable year for her.  She too has put in countless hours preparing and refining her talent in order to achieve results like these.
Blackwell HS had a tremendous academic contest year from the district championship to the pinnacle of competition at state.  There is a lot to be proud of.